Sofia Lövgren Reflects on a Globetrotting Year in Poker

How does exploring the world and playing poker for money sound for a decent year? Sofia Lövgren has developed into a force on the poker circuit and for somebody who loves to travel, has kind of been living the dream over the last 12 months.

Still, the 23-year-old Swede is determined to up her game and see even more of the globe in 2014 – a healthy attitude for any fledgling poker pro. That’s the thing though – Lövgren isn’t ‘fledgling’ anymore and still has the drive of a new blood…something for her rivals to consider when she’s sat across the felt playing the best poker hands. 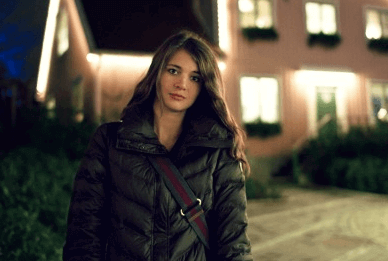 More than just a poker journey…

Lövgren was all over the planet last year, Miami and the Bahamas being the standout stamps in her passport – not to take away from the likes of Paris, Rome, London, Campione, Nova Gorica, Sicily and Dublin to name but a few that were in there too.

The latter location provided the backdrop for the first chapter in her year; a struggle in the January World Poker Tour.

Sofia never recovered after Andy Black flopped Trips to wipe out her Aces at the WPT Dublin. It was shaky start and set a precedent for the weeks to follow; bowing out at the mercy of a similar hand in the PCA Ladies Event (Bahamas), before going on to run her Kings into Aces at the IPT San Remo Main Event, and busting out.

Lövgren hails from Gothenburg and returned home after her unlucky start to try and break the pattern with some real grind work. Winning back some cash and confidence was enough to see her jet off to Nova Gorica for the IPT – her King/Queen couldn’t beat an opposing Ace/King and she dipped on day two of the event. It was looking slightly better but still not the best start to a year that would eventually see her bag a trio of cash finishes in Vegas.

In preparation for the biggest poker event of the year and in reflection of her rocky first three quarters, Lövgren studied some new poker strategies by playing online poker…which definitely paid off. She won nothing in the WSOP Main Event but success in three side-tournaments saw her bring home $26k from Sin City.

In November, Lövgren returned to San Remo and finished in 30th out of a field of 800. On top of the €9,000 she took away from it, Sofia was the highest placing female and Swedish runner.

Snatching top prize on a major final table is Lövgren’s number one objective for the year ahead. Paving the way for that dream, she plans on investing plenty of time into online tables between her inevitable travels.

At just 23 years of age, she truly is an example of how much opportunity this game has to offer and if you have itchy feet yourself, then why not start trying your luck in some of the same PKR poker games right now? You could be competing in Vegas within the next 10 months.

Gambling can be addictive. Play responsible